Today was my shortest riding day so far on this trip, mere 125 miles, but it was also one of the most special ones, for it was the day I had the privilege of spending a few hours visiting for the first time someone very dear to me. Those who know me well will probably recognize his name, since the book he wrote (and I read many years ago for the first time) has been very influential in my life: Ted Simon, the author of “Jupiter’s Travels”, the best travel book I could have ever hoped to read. Labeling it a travel book is to diminish it, though, for his book goes way beyond a simple travel narrative.

Ted left England in late 1973 on a 4-year journey throughout the world, riding a 500cc Triumph, at a time when this kind of trip was simply unheard of. He crossed the whole African continent, then sailed with his bike to the north of Brazil and went down to Argentina, before going up north again through Chile, Peru, Colombia, Central America and the US. Here he spent a few months in California, and then the journey went on to Australia, Malaysia and India, where he stayed close to six months. From there he took almost a straight line back to Europe, and one year later he had this fantastic book done.

One lucky afternoon back in Rio de Janeiro, many years ago (it was 1990, I think), I found it in a bookstore while looking for paperbacks in English, and couldn’t put it aside before I reached the last page. And then immediately re-read the whole thing, amazed by the two trips being described there: the one of a man in a motorcycle, full of beautiful and strange places and characters; and the other of a man’s transformation, as he goes through all this experiences and reflects about them and how they ultimately changed his perception of the world and of himself. It’s quite a reading, I assure you, and I’ve read it again and again over the years, my copy of the book almost falling apart by now.

A few years ago, I found out Ted did the same trip once again, this time in 2001, when he was already 71. Another incredible journey, another incredible story, and I couldn’t help but really admire the guy, wishing one day to be on the road myself, one way or another. And there go some good reasons for this very first trip of mine, the one I’ve been enjoying so much for these past few weeks.

Well, to make this long story a bit shorter, I was lucky to have met this wonderful journalist and writer, Sandy Borden, a few days ago in Seattle, while we were both waiting for our bikes at the BMW dealership. Sandy, her husband Terry and their 11-year old son jack have been traveling quite a lot for years, and they are set to go on a long journey themselves next year, all the way to the tip of South America. Somehow Ted’s name came into our conversation, and I mentioned I had brought my old, beaten-up copy of his book with me, as a kind of good luck charm. As luck would have it, it turned out that she had interviewed him a few months ago, becoming good friends in the process. She kindly offered to call and check if Ted would be around, so I could visit him and say a well deserved thank you for so much inspiration. Thanks once again, Sandy! The funny side of this story is the fact that I wouldn’t have met Sandy and Terry if it was not by the fact that the mechanic in charge of my trustworthy GS 1200 Adventure hadn’t crashed it, and crashed it hard, while going for a test ride after the service was done. The unfortunate guy slipped on an oil patch near the dealership, and the bike suffered quite a lot of damage. Because of the delay, I ended up meeting with Sandy and Terry, and the visit to Ted Simon was ultimately due to the mechanic crashing my bike.

This morning I rode some lovely back country roads to finally meet Ted, and it was a most enjoyable moment. He lives in the heart of Mendocino County, a very special area in Northern California, close to the one he stayed for months almost 40 years ago. To hear his accounts of the trip was simply fantastic, something I will cherish forever, specially because he was able to answer quite a few questions I had about his trip and the impact of it on his life during and after the years on the road. Time flew by way too fast, but before I said goodbye, he had a special surprise in store: the day before my arrival, he had received the first copies of his new book, “Jupiter’s Travels in Camera:, with over 300 photos that were never published before from his first journey. The book will begin to be sold everywhere in August, but I left his house with a specially signed copy in my hands and a big smile on my face… Ted, thank you so much for the great time together, and also for your kind words as well. I can only hope your prophecy when signing the book will become a reality someday!

I rode from his house to the coast, a short trip to Fort Bragg for the night, through another treat in this special day: Highway 20, an incredibly beautiful and very twisty road passing through a dense forest. I had never heard of it, and it ended up being a perfect complement for the day. As I was checking in at the first motel I could find, I looked to the sea and the sun was saying goodbye in real California fashion, big and tinting the sky red, so I took one last picture of this memorable day. On to Yosemite tomorrow! 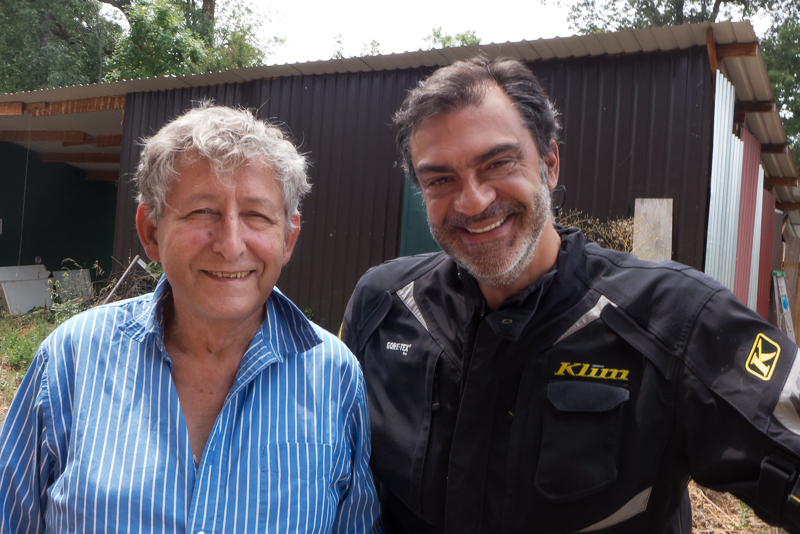 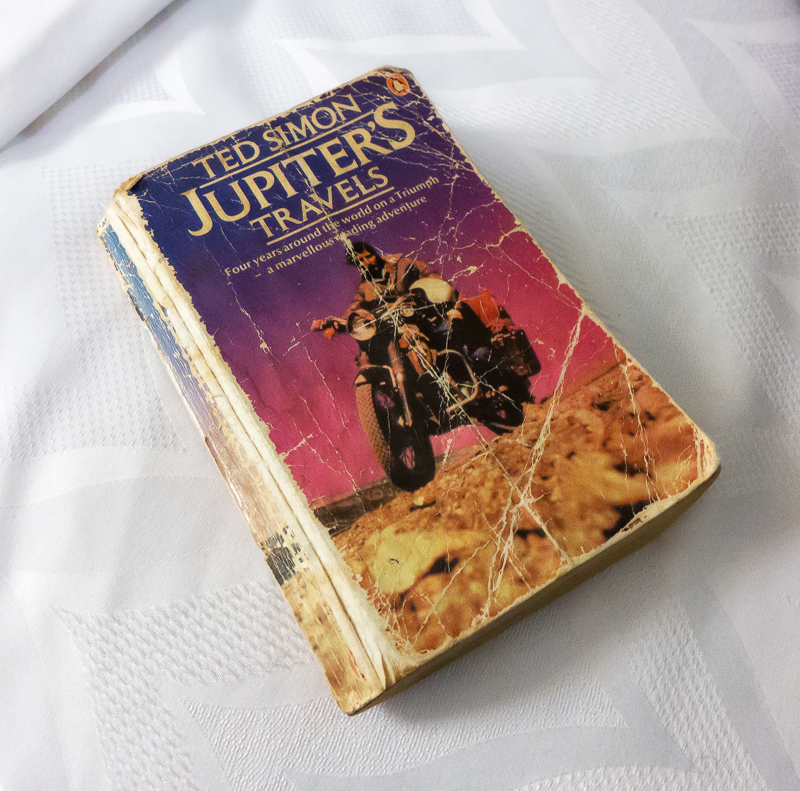 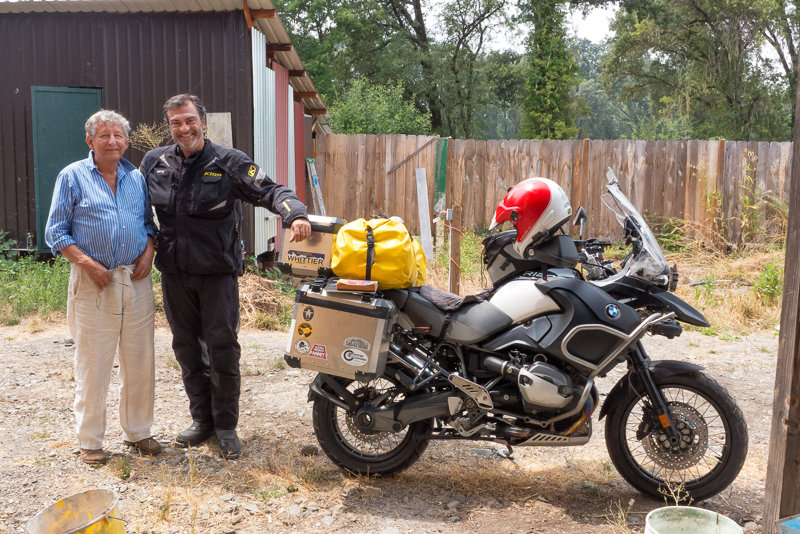 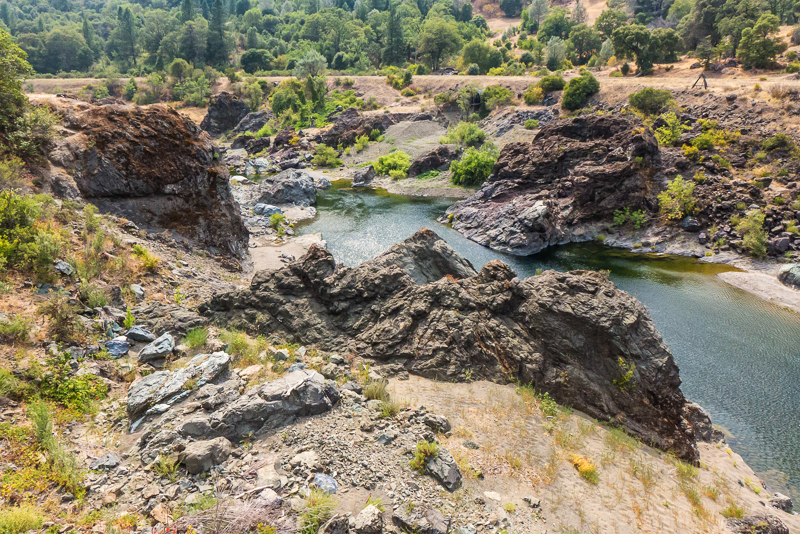 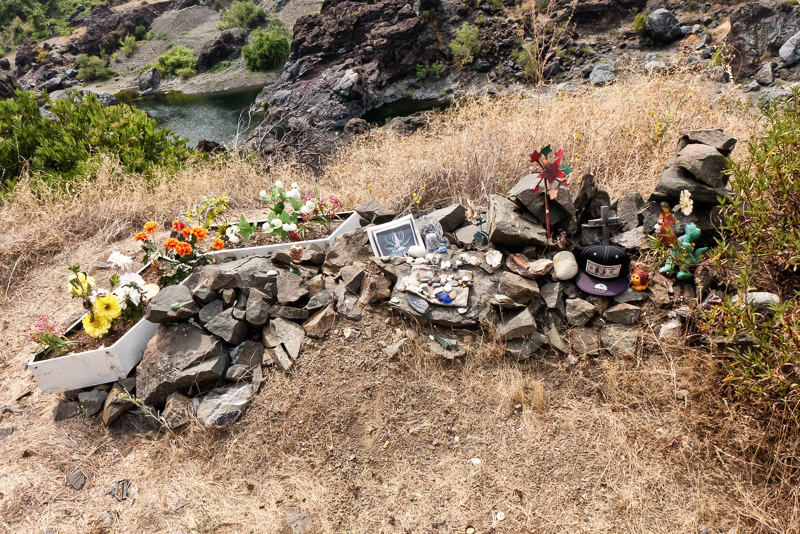 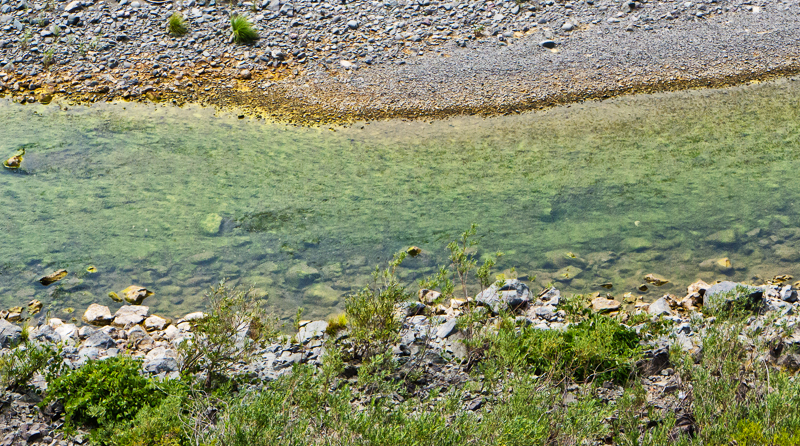 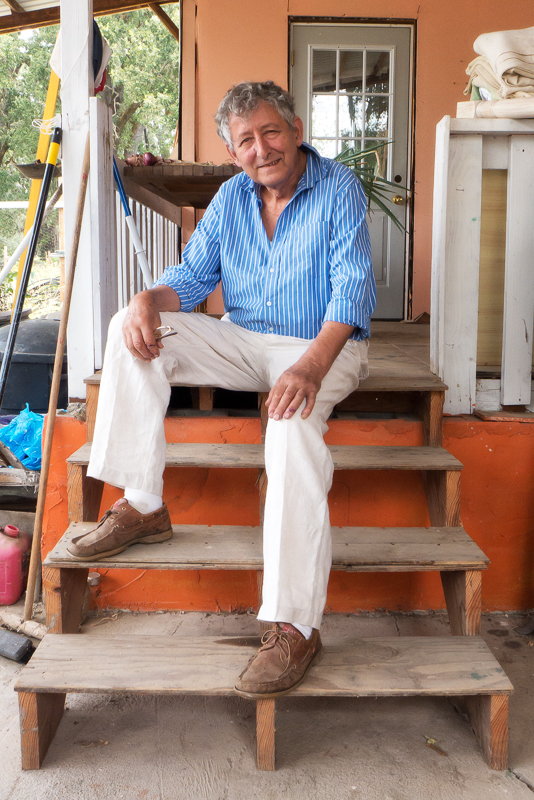 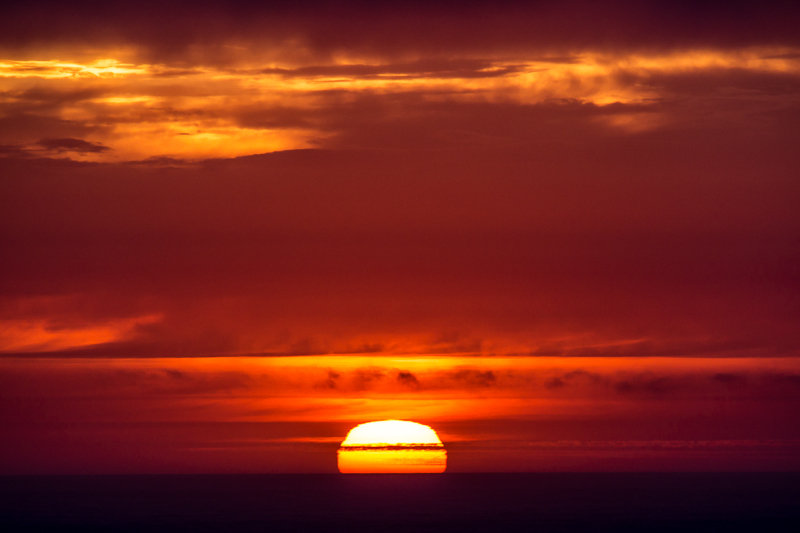